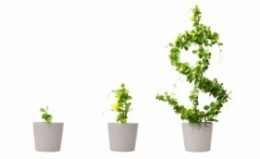 The process of setting up a new organisation is a fascinating journey for me. Even the seemingly mundane issue of legal structure provides many opportunities for learning, and for questioning and feeling into what it is I wish to create, and what I wish to align myself with.

Since I decided to create Earthlife about a year ago, this issue of what structure it should adopt, which category it should fall into, has been one that I have frequently revisited. It still lies unresolved, and as yet, Earthlife remains unincorporated. However once we start our funding operations this will need to change.

These are the options, and yet I don’t really resonate with any of them. I want the maximum flexibility, and the minimum regulation. Even though Earthlife has a mission that clearly prioritises social and environmental impact above profit, it would also be great if it was profitable. And ideally I want to  be free to choose where to put those profits – back into the organisation, or for some other purpose.

Why should the big greedy corporations be the only ones that earn profit? I think what is needed is loads more successful businesses with high ethical standards, that can take back more of the profit-pie from these corporations, and put it do good use. Circulate it within communities, spread the abundance to the many, rather than leaving it with the few.

Being a non-profit or a charity obviously has its benefits – you can claim the tax on donations, you tend to pay a lot less to attend conferences, you can gain access to big grants, and you have the image of being good and worthy.

However you are also highly regulated, so that generous people don’t innocently hand over their money to a charity that then misuses it, or does not carry out its stated intention.

But for me this division between profit and non-profit is outdated and limiting. Here are some reasons why:

1. I believe that ALL companies and corporations should have the utmost integrity, and have the highest social and environmental standards. All businesses should be making a positive net impact in the world. Being beholden to the idea of maximising profit over all other interests is quite simply insane and needs to change. I believe this division between the greedy corporation on one hand, and the worthy non-profit on the other  perpetuates this insanity. The corporation can carry on maximising its profits, whilst occasionally donating a small percentage to a worthy cause to fulfill its “Corporate Social Responsibility”.

2. Given the above scenario, any company that does have the highest social and environmental standards can often be at a disadvantage in a competitive market.

3. The greedy corporations can offer the highest wages and career opportunities, and attract the best minds away from other organisations.

4. Non-profits are dependent on banks, governments and corporations, as they are the ones that have access to and control where the money goes. So the current system supports the continuation of their power.

I do see that this model is already changing. Business is gradually realising that it has to do things differently, and that companies that do not change their ways will eventually lose out. Those that harm ecosystems are also harming themselves. Whereas companies that know how to add value and complexity into an ecosystem, are clearly onto a winner.

The other shift I see is one where there is less need for regulation. One based more on voluntary transparancy and networks of trust. With the internet it is much easier  for people to do their own research on an organisation, and decide whether it aligns with their values, whether they trust it, and whether they want to give money to it.

Already there has been a massive movement towards this with the growth of sites based on user/seller ratings (such as e-bay), crowd-funding, microloan sites etc. The current legal structures and over-regulation feel outdated and clunky in this fluid environment of exchanges. Here is where unregulated and de-centralised peer to peer digital currencies such as Bitcoin, or payment networks like Ripple have enormous potential.

I want Earthlife to remain as open and flexible an organisation as possible, so it can evolve with this transition, and make the most of the opportunities that it presents.

This site uses Akismet to reduce spam. Learn how your comment data is processed.